The medical community has determined that substance abuse is a curable illness. The general public does not believe that this is true. And this is one of the major reasons that those who are substance abusers refuse to believe that they can be helped and cured. If the parent is mentally ill and in the care of a psychiatrist it is possible that their condition can be treated and render them healthy and fully functional.

However, if no medical help is sought the situation for the child and their behavior is severely impacted. They will often display: increased anxiety, depression; erratic behavior; poor conduct; aggression; low self esteem and poor social interaction. In these cases the child should be treated by a therapist or mental health professional to get their life on the right track.

What are the Effects of an Alcoholic Mother on Children?

There are many troublesome effects on a child if the mother is an alcoholic. We will look into a few of the most common here:

I am sure that you can understand how any of these problems or combination of them would be detrimental and problematical to a child’s development. Basically what we all see as daily accepted living skills and behavior are impacted.

What Children do to cope when parents abuse drugs or alcohol

This is a difficult subject to approach. It depends on the following factors:

However, there are some generalities here that we can look into to better understand how a child copes. It is doubtful that a child below four years of age will be aware that a parent has a drug problem; they may sense that something is wrong, but not what it is. At about the age of five and above the child may realize that something is not going as it should; this will usually occur through observation and in talking with siblings and peers.

Once the child knows that the parent is a substance abuser and taking into consideration the bullet points above there are many directions that the child may go; we will explore several of these: some will ignore and stay away from the parent; others may always be with the parent as they want to help and protect them; others may simply become indifferent and act as if there is nothing they can do; while others will be completely confused and uncertain of how to act. Often the child may act out and express irrational behavior as they are young, innocent, and feeling unloved or lost. It is also possible that the child will go into their own world and isolate themselves completely.

Do children fall into substance abuse themselves after observing their parents

This too can take several routes. The child may hate drugs as they see what they have done to their parents and shun them at all costs. They may surrender to drugs and become users or alcoholics. It is also possible that the child will shut down seriously emotionally and display aggressive irrational behavior. Another possibility is that the child will shut down completely and isolate.

We must understand that in most cases it is very likely that in some way the child will express trauma. However, if the parent has been on drugs or alcohol since the child was born they may perceive the parents behavior as normal. This also depends on the type of user the parent is; is the parent using drugs daily, intermittently or in secret,

Emotional reactions of every kind can come to the surface. As indicated above in the bullet points these variables play a big role on what may surface.

Yes. A parent who has recovered from substance abuse does have the potential of helping their child not to fall into substance abuse. The parent having been through a professional medical treatment would now have the knowledge of how to help a child should they fall into substance abuse. They would know that their child should be shown unconditional love, understanding, and feel protected. The parent would most likely suggest professional help from a psychiatrist or therapist thereby demonstrating their concern to help. 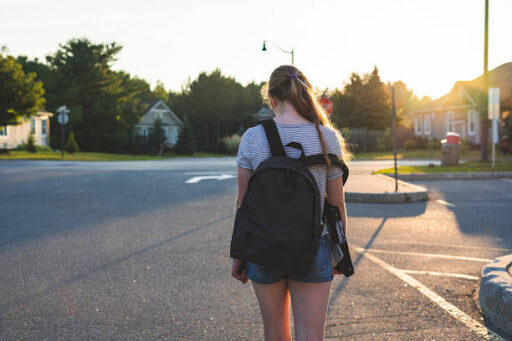